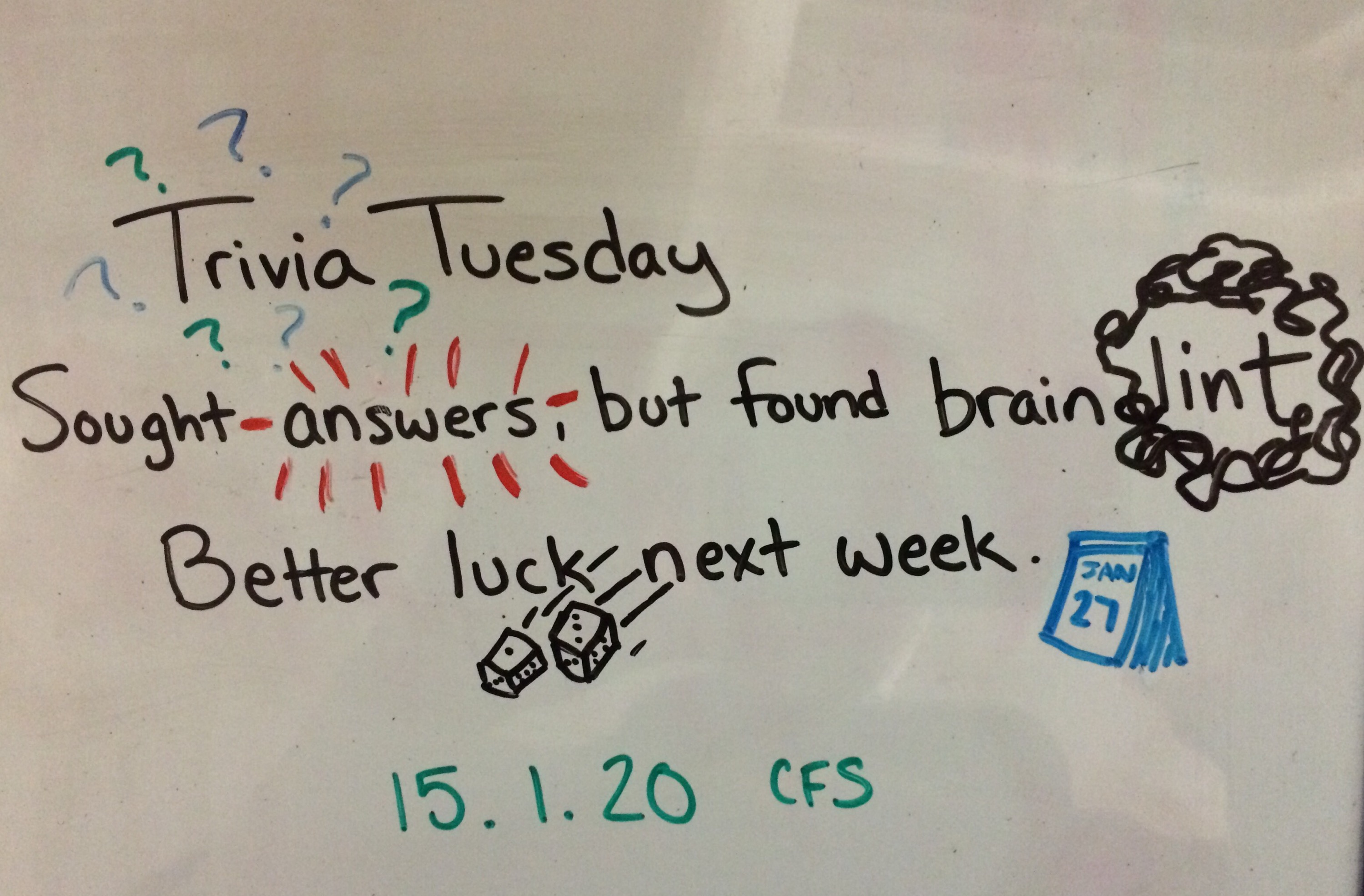 On Tuesday nights, our team “Optimistic About Fourth Place,” plays trivia at Shameless O’Leery’s, a local watering hole. Some weeks, we do really well; like last week, we won second place! And that was actually the second time we won second place (see! it wasn’t just a fluke), which comes with a $20 bar gift card and some bragging rights at the office. Other weeks, we don’t do so hot; like this week, we finished somewhere in the neighborhood of fifth. Win or not, we have a grand time, and I am so glad to have friends who like to do this kind of thing on a week night.

For fun, here’s some recent trivia questions for you! If you know all the answers, then you should definitely come play on our team!

If you want the answers, you can ask my friend Google.