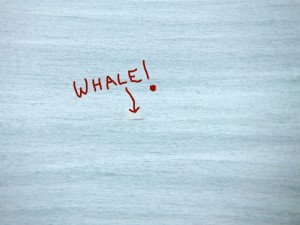 On my last weekend as a Redding resident, we indulged in a three-day Trinidad retreat (north coast of California). We rented a gorgeous house with this view from the backyard: 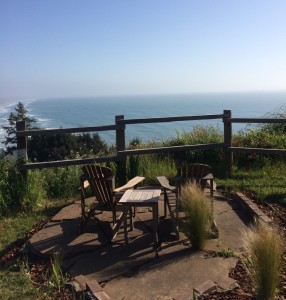 There were delicious home cooked meals with fireplace peep s’mores for dessert. We walked on the beach… 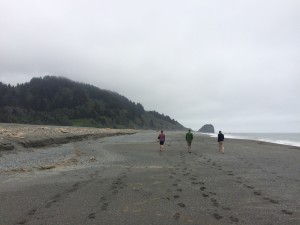 and through the forest. In the picture below, my friends humored me when I suggested they spell “BIG” with their bodies in front of what is known as the “BIG Tree.” Good people 🙂 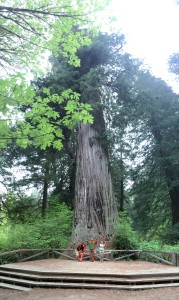 We even surfed a fallen giant! 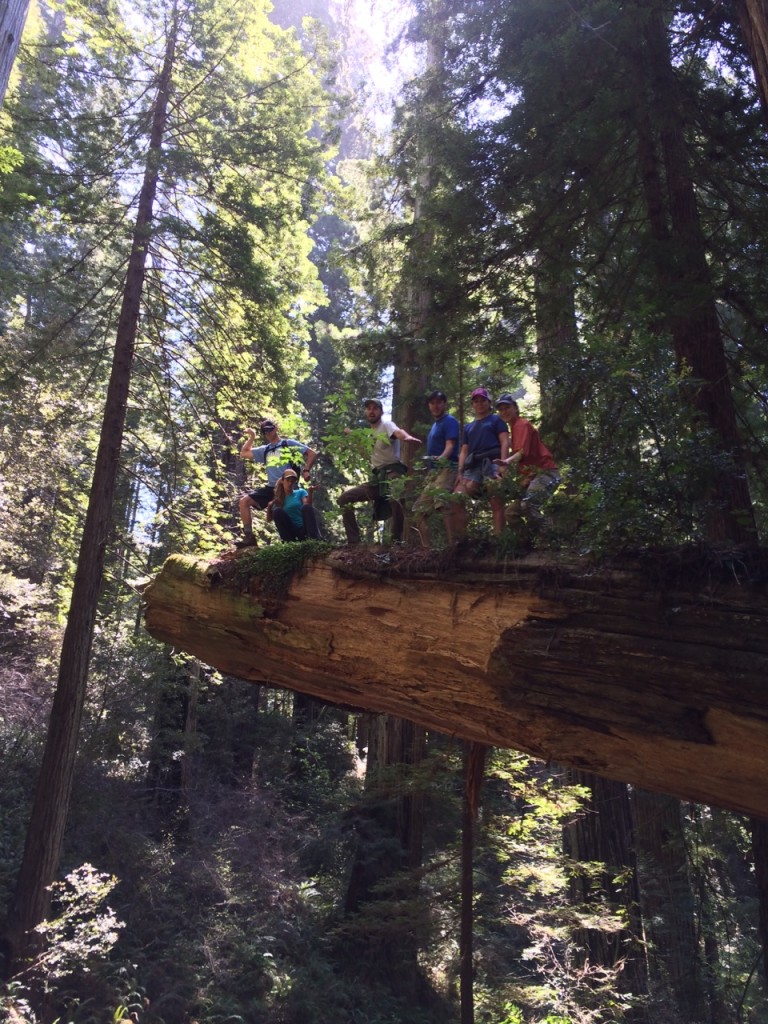 I literally jumped for joy when I heard from another beach visitor that there were whales within sight of shore. We also saw whales from that beautiful backyard oasis pictured above and that happens to be where these pictures were taken. This was a dream come true, and it inspired the first draft of the haiku for this post:

I know, a masterpiece!

Not to be outdone by its massive marine mammal competition, the redwood forest banana slugs put on quite a display. This little guy is a mighty muncher!

This one was the funniest of the bunch:

It was a grand way to end my time as a northern California resident. Thanks friends! 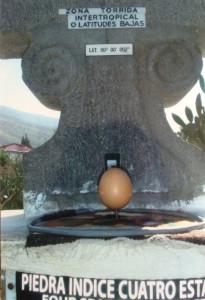 This post is for one person in particular because it is photographic evidence that I did in fact balance an egg on a nail head at Mitad del Mundo in Ecuador. If you still do not believe me, I have a witness.

I no longer remember the circumstances of the conversation that prompted me to brag about my egg-balancing skills (it came up once or twice while I was living in Redding), but I did remember to find the photo when I visited my parents a few weeks ago. Now I am proud to share this with the world.

On Saturday, June 6, American Pharoah became the 12th Triple Crown winner in history and the first since 1978. His bouquet consists of roses representing the Kentucky Derby, black-eyed Susans for the Preakness, and carnations for the Belmont.

Since I have been aware of the Triple Crown, I have been waiting for a winner. Several horses have come close: War Emblem, Funny Cide, Smarty Jones, Big Brown, and California Chrome to name the ones I recall watching. Seeing American Pharoah win was honestly a dream come true.

This is a three haiku post – so keep reading! 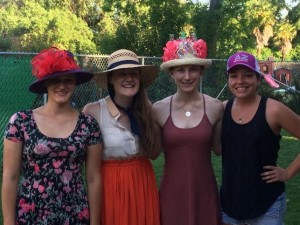 Run for the Roses
Mint juleps and madcap caps
Pharoah for the win!

Way back in early May, the Redding, California crowd had a Kentucky Derby party complete with a Derby hat competition and mint juleps. It was a charming affair, particularly because my hat and my horse won – drinks on everyone else!

Finally, in honor of the Triple Crown victory and in a nod to the haiku format of my blog, I am pleased to present my award-winning eighth grade poem. I incorrectly remembered that it was about Pegasus, though it references winged-hoofs, so I think that’s fair. I also incorrectly remembered which place it won, it was second, not third like I had thought – whoo! This is also a shout out to Laura B. who asked me if I remembered the poem, the answer was ‘no,’ but I did know where to find it! 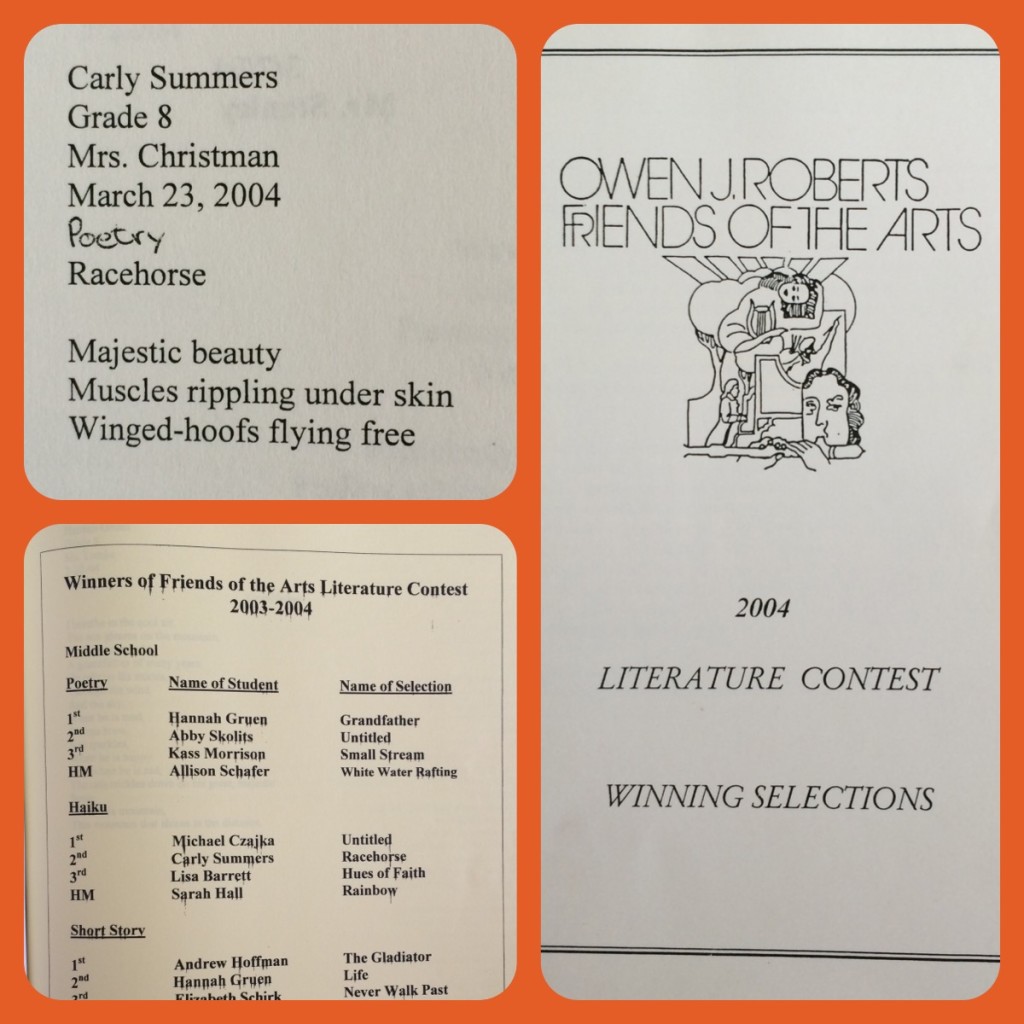